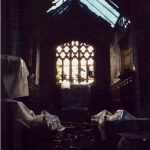 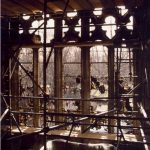 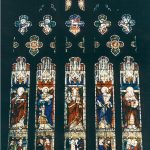 Damaged by Fire October, 1992 this window (as well as several other Windows) was re-created by Stained Glass Resources 1993/1994 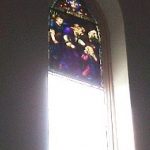 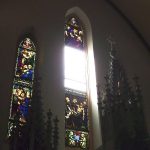 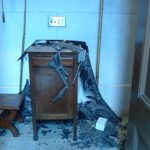 Window was so deteriorated, that a panel actually fell out of the window frame 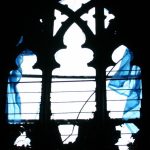 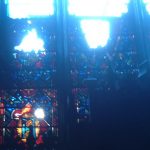 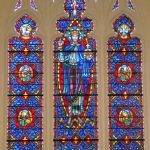 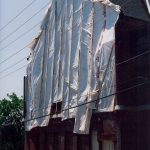 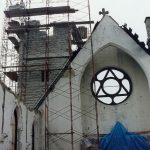 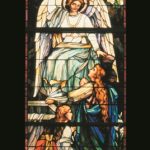 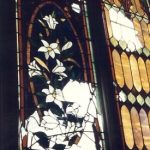 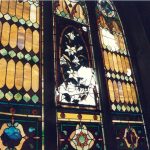 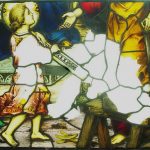 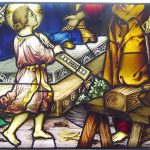 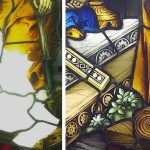 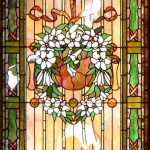 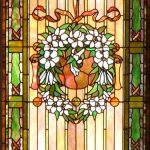 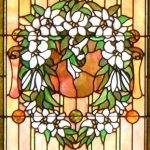 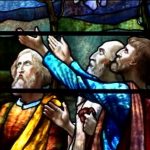 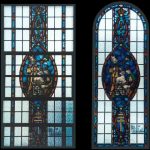 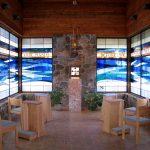 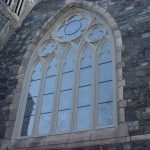